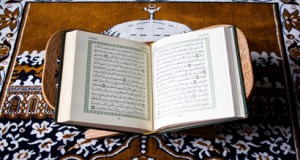 Today, we dive into Surat Yunus (the 10th chapter of the Qur’an) in which the Almighty Allah Says: “O people” what is he want to say? O people O people. Imagine the Maker is saying: “O people”, subhan Allah, it is amazing and I am one of them. In fact, I have another title as well which is ‘Al-Mumi’n‘ so, “O believers” or “O you believe”.

The word ‘rabb‘ is used because He is talking to people. Sometimes if you say ‘Allah’, someone might say I do not believe in Allah. Well tell him that He is your Maker, that’s why Allah is your Maker. The One who is in control of every aspect of your existence. So, if you notice when Allah says: “O people” a lot of the times He uses the term ‘rabb‘. He says: ‘ittaqu rabbakum’ and when He sometimes says: ‘Ya ayyuha alladheena ‘amanu’, you will find the term ‘Allah’ being used later on. This is something I have found in the Qur’an amazing.

The term ‘maw`izhah‘ can be interpreted in many different ways as you know ‘wazha‘, something like a warning or something that is a reminder to take head by. So, a ‘maw`izhah’ has come to you from your ‘rabb’ and a ‘shifaa’ (cure). Now, before we get into a cure from what? What do you want cure from? That is a question. Do you suffer any illness or any sickness? I think a lot of us do not have the type of contentment, peace, and happiness internally that we would like to have. So, even if we do have a little bit of it are missing or pockets of it are only found. So, this is why Allah says ‘shifaa’, what We have sent to you (referring to the Qur’an, the revelation of Allah) is a reminder (‘maw`izhah’) from your ‘rabb’ (the Maker, the one who owns your sustenance, the One who owns the heart of whomsoever you love, and owns the entire existence).

‘washifa`un lima fee as-sudur’ (and cure for that which is in the chest). So what lies in the chest is amazing. The blood vessels lie within the chest and if I am sick or ill I need to test my blood and see and determine what type of a sickness I have. And the headquarter of that blood is the heart as it pumps out the blood everywhere. So, Allah is saying: We have sent down to you that which has in it the cure for what is in your heart. This is the gift of Allah.

‘Wa hudan’, and (in it there is a guidance). We look for guidance and we want to be guided. People say, I need guidance but then when we come up with the rulings of the Almighty Allah, people would say that is too tough or I do not agree with this. How could you not agree with something that Allah has stipulated? How could you not agree? Do you know that Allah has made you and me? It is like someone saying, I do not agree to put petrol into the vehicle at this place here as I want to put petrol into the battery or I want to put perhaps may be air into the tank or maybe I want to the wheel right at the top. You cannot do that because your machine will not operate as your vehicle will not move.

So, Allah has created us, we are more sophisticated than anything else. We need to know and realize that Allah says, “We have sent you a guidance…” to guide you and show you the path of success and happiness and every single path you could think of goodness. And even to show you how important that is to remain away or to stay away from the evil path, the path that leads to what is bad and evil, which is made clear so, we can stay away from it.

Then, the Almighty Allah says ‘ wa rahmah’ (mercy), so guidance and mercy. But, who will achieve mercy? Everyone wants mercy we are at the mercy of Allah. We will only achieve mercy if understand that Allah alone is to be worshipped and understand why Muhammad (peace be upon him) was sent to us. He (the Prophet) was sent as a mercy. So we need to know and realize the Almighty Allah says, ‘lil-mumineen’ it is only for those who believe. Those who believe truly are the ones who would benefit properly from the revelation of the Qur’an. If we do not believe, we won’t be able to achieve. There are so many non-believers from the time of Muhammad (peace be upon him) who have heard the verses of the Qur’an and who perhaps have read the Qur’an and some of them from cover to cover; they might acknowledge that OK as it has in it some good teachings, but they want to achieve the guidance, mercy, and ‘shifaa’ a cure for that lies in the heart.

If you take a look at this or should I say in the chest. Sorry I am using the term heart as I said some of the scholars refer to it although the more correct and appropriate meaning is the ‘chest’ because there is much that lies in it. We need to know this and we need to understand that the Almighty Allah’s Mercy is felt by those who believe in His mercy. Sometimes, those who are not believers do not see the light because they do not want to see it. May the Almighty Allah does not make us from those. You want  solutions to your problems, they are there. The One who made you has told you or has shown you the path and told you what the solutions are. It is up to you to follow it and we have option not only to try it out, but implement it and see it will open your doors. May the Almighty grant every form of goodness in sha’ Allah.

Enjoy this talking with Sheikh Mufti Menk on Qur’an Weekly.